INATEC and blueEnergy Give Solar Install Class in Rocky Point

By Chris Sparadeo -- Since November of 2011 blueEnergy has been working with the community of Rocky Point to install small-scale solar photovoltaic systems. Although the national electric grid cuts through Rocky Point on its way to Pearl Lagoon, issues of high energy cost, geographical isolation and frequent blackouts have deterred its application.

A community of roughly 35 families, Rocky Point relies primarily on subsistence farming. The accompanied lifestyle of these isolated farming practices is ultimately as follows:

This routine, affected by the lack of access to electricity, creates quite a challenge for students and community organizations wanting to work past natural light limitations. With the sun setting around 5 pm, most people are forced to buy candles and costly batteries that produce eye-straining, dim light. The high costs and low effectiveness of these subpar solutions often times entice countryside denizens to relocate themselves, in search of television and entertainment, to Bluefields.

The 70-watt solar photovoltaic systems allow the people of Rocky Point access to light and electricity. The electrical capacity of the system is specifically designed to power three CFL light fixtures and allow for the moderate use of fans, radios, cell phone chargers and small televisions. Since November of this year, blueEnergy has helped illuminate 12 houses in Rocky Point, all of which were supported and subsidized by blueEnergy Service Learning Interns participating in the installations.

To fortify future sustainability of these installations, blueEnergy thought it best to establish a group of community members trained in technical and maintenance aspects of the systems. Along with the unfaltering support of blueEnergy’s long time partner INATEC (National Technical Institute), a community capacitation was given at the Rocky Point communal house the first week of July. A total of 12 community members participated in the full day, INATEC-recognized workshop. Course topics included battery maintenance, wiring of electrical circuits, system component maintenance and troubleshooting. Accompanying the theoretical concepts, course participants got their hands dirty installing a 70-watt photovoltaic system in the community. The course was directed by INATEC professor Ismael Castillo and co-taught and designed by UC Berkeley Energy Corps volunteer Jonathan Lee and blueEnergy technician Chris Sparadeo. The course participants received recognition of technical completion from INATEC.


With a continually growing interest in solar technology from blueEnergy Service Learning Interns, Rocky Point installations are projected to seguir adelante with its community-verified successes. House by house the small farming community of Rocky Point is gaining not only support from renewable energies, but also the knowledge and capacity needed to achieve lasting sustainability and meaningful impact.

Posted by blueEnergy Media at 9:56 AM 0 comments

Powering and protecting the rainforest in Nicaragua

Renewable World recently visited our programme sites in Nicaragua, the first stop of which was Kahka Creek Nature Reserve in the Rio Wawashang area of the Southern Atlantic Autonomous Region (RAAS), accessible by a 3-hour boat journey from the Caribbean hub of Bluefields, followed by a 40-minute walk from the riverside community of Pueblo Nuevo.  Managed by local NGO - Foundation for Autonomy and Development on the Atlantic Coast of Nicaragua (FADCANIC), this wonderful 640ha rainforest reserve, home to a wealth of biodiversity, protects a valuable swathe of rainforest from deforestation and attracts tourists and research groups from across the globe.


By Casey Callais -- Witness blueEnergy's impact firsthand, meet the movers and shakers of Bluefields and introduce himself to the coast, these were the main goals of Mr. Antoine Joly, the newly appointed French Ambassador to Nicaragua, during his recent visit to Nicaragua.

Upon his arrival, Mr. Joly was welcomed by the blueEnergy team and immediately began a two-day visit in Bluefields. His stay involved meeting with the mayors of Bluefields and Corn Island, an introduction to Franklin Brooks, Secretary of Economics for the Regional Government and Carla Martin, Sandinista government official. Mr. Joly also met with heads of the Bluefields police force and members of the municipal and regional government. These meetings were designed to provide Mr. Joly with a glance into the challenges and successes of  local communities, as well as to give Mr. Joly an opportunity to extend a warm handshake from France. Mr. Joly was a strong leader in the delocalized cooperation movement while serving as Director of Services for the mayor of Cannes, France; he believes strongly that municipal governments should be allowed to work independently of the national government when it comes to making decisions about foreign aid.

Mr. Joly toured the neighborhood of Pancasan where he toured homes and saw blueEnergy water filters and community wells. Beneficiaries provided technical demonstrations of the water filters and wells and discussed the positive impact this technology has on overall health and quality of life.

Capping off the second and last day, blueEnergy presented its regional water and energy work to delegates of the local government and regional council while Mr. Joly pledged France's help with local development projects.

Email ThisBlogThis!Share to TwitterShare to FacebookShare to Pinterest
Labels: bE France

By Emilie Etienne -- Joël Lagoutte, volunteer from blueEnergy France, recently returned from Tanzania where he led a feasibility study with the social business EGG Energy.

EGG-Energy is a company working in Tanzania, which is dedicated to helping low-income consumers in Sub-Saharan Africa gain access to clean, affordable energy using a strategy based around portable rechargeable batteries. The first contact between blueEnergy and EGG Energy date back to the end of 2010. This led to an exploratory mission in August 2011 to determine how blueEnergy France could act in this beautiful country. After this mission, blueEnergy began providing EGG Energy with its expertise in the area of rural electrification, which assisted EGG Energy in implementing systems in rural areas.

blueEnergy sent Joël Lagoutte, a doctor who specializes in tropical diseases and has spent most of his career working with the International Committee of the Red Cross in Africa (for an  interview with Joel in French click here).  Joël's objective while in Tanzania was to identify villages which could serve as pilot areas to test new systems of portable solar rechargeable batteries in rural areas. His study is entitled: “Initial Community Study for Site Profiling and Selection of EGG-Energy’s Franchised Solar Hubs Project in Iringa Province, Tanzania,"

While Joël's was in Africa he shared his time between brainstorming sessions at EGG-Energy’s headquarters in Dar Es Salaam (on the Indian Ocean Coast) and Iringa, in the heart of Tanzania. 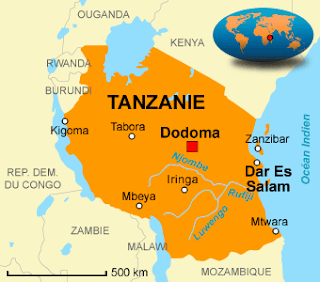 Health and education in the villages around Iringa
While all of the villages have access to running water, the water quality is unknown. Children have access to primary school; there is also a secondary school in all wards. There is a medical dispensary in every village and a referral health center in all wards with a standard of care corresponding to the recommendations of the World Health Organization.

No systematic access to energy
The national electricity company does not reach these villages. The source of lighting for the majority of the population is from the use of kerosene lamps - despite their scarcity and high cost. The primary schools do not have electricity. Secondary schools have electric systems (solar or generators contributed from donors) but often these systems do not work. Almost all health facilities are well-equipped with electricity, usually through solar installations donated by NGOs and churches.

The main users of energy in all villages are the milling machines and mechanical workshops whose size and number depend on the wealth of the village. For the households it is lighting and mobile phone charging.

The development level varies greatly between each village; rice farmers are quite rich, which is not the same for corn farmers. Consequently, the richer villages are willing to own individual solar panels, while the poorer are more interested in the EGG system.

A promising study
Thanks to Joël’s study 5 villages have been identified for pilot projects. Pictures will be available soon,  but in the meantime, please view this video to get a sense of EGG Energy’s work in Tanzania.

(Ujambo means "how are you ?" in swahili)

blueEnergy assists BICU Student Association with the creation of their blog

By Casey Callais -- blueEnergy is proud to show off the hard work of the Bluefield's Indian and Caribbean University's Student Association by highlighting their new blog, which blueEnergy helped develop.

We have an agreement with the BICU to work together toward strengthening local capacity by giving classes to one another, and the first class was blueEnergy showing the Student Association how to set up their own blog network through Google Blogger. This will enable the seven campuses to share news and events in one place.

While their blog is still in the construction phase, feel free to visit and comment on their progress.